TS-2016: 2A3/300B-SE AMPLIFIER
The TS-project for the year 2016-2017 is the design and construction of a marvelous stereo 2A3 or 300B Single Ended Valve stereo amplifier. The students ordered the components at the students support group (Hessel and Erwin and Gilbert). Menno delivered pre-design papers with some practical ideas. In May 2017 we will compare all student amps and the results will be published at this site.

Many students came to the evaluation day; see photo-a. All photos are made by Yeb de Witte; thanks for that. We listened to 7 amps in total. We ranked the amplifier between 1 (bad) and 5 (superb). Most of the amps were between 3,6 and 4, which shows that the results of this project indeed were excellent, high quality, high listening appreciation.

The first amplifier (the first one never wins) was designed by Menno, see photo-b and 1-TS2016-report-Menno.pdf. Here he describes in detail the 2016 TS-process and the five example amplifiers that he made for his students to support their work. Menno mixed standard design with Trans and other current source techniques, resulting is a stable and fine sounding amplifier.

Frank Leegstra designed the second amplifier. He focused on the 2A3 after extensive literature search. See photo-c and his 2-TS2016-report-Frank.pdf. Frank combined many techniques, resulting in a superb sound quality. His research proved once again that the 2A3 is somewhat better than the 300B, especially when the 2A3 is driven by a low impedance cathode follower with high current capability. 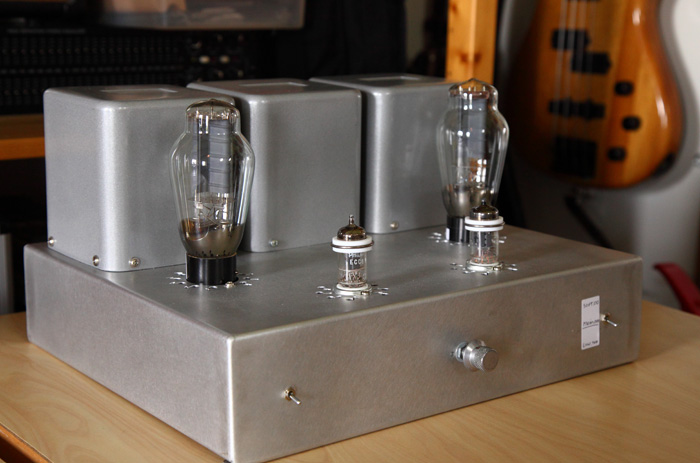 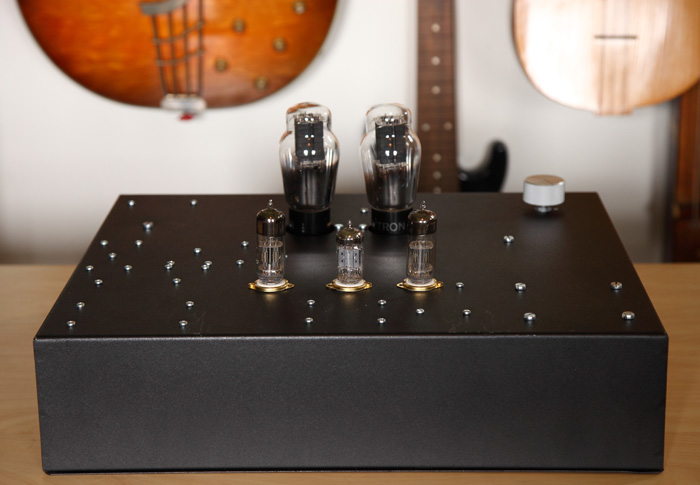 Huib Selder made the third amplifier: two 300B paralleled in SE configuration. However, he experienced severe magnetic hum coupling between the mains transformer and the output transformer. See photo-d where he tried to solve this by angling the OPT. Therefore he brought with him his older design (photo-e), which we evaluated. See also his report 3-TS2016-report-Huib. For many years Huib was our example SE-builders, because he was the first in TS to try this principle. Once again his amp showed its remarkable qualities.

Albert de Vries followed a total different trail. He used the 6CB5A as power pentode, driven by Trans-circuitry. When switched in triode, the 6CB5A often is called the “poor man 300B”. See photo-f and his 4-TS2016-report-Albert.pdf. Alberts amp sounded quick, but did not show full embracement. He indicated that lack of time made fine tuning difficult and he plans an addendum to his amplifier. His amp looks fantastic, using off the shell household cans to protect the transformers, combined with nice shining aluminum. 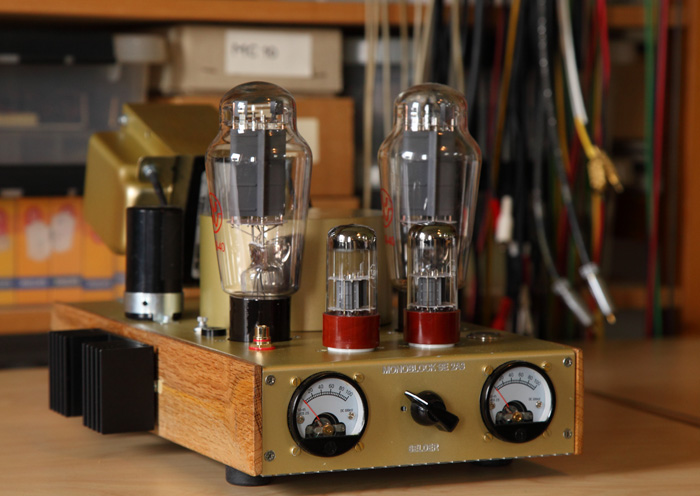 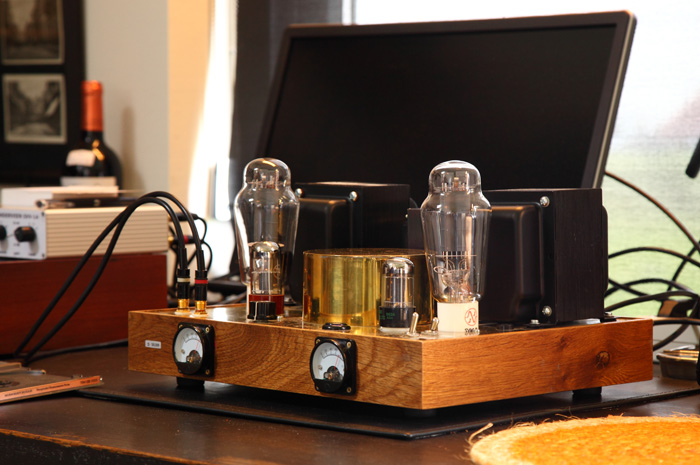 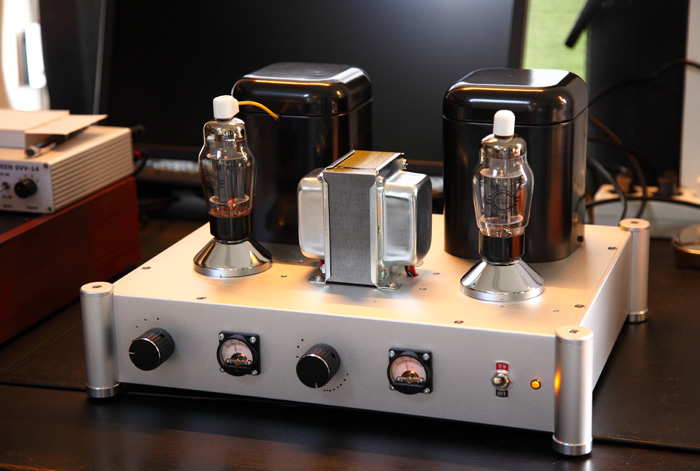 Because Gilbert Bergh was the winner of the contest, his face is shown in photo-g. He brought two amplifier versions with him: the not yet finished nice looking in photo-h and his test version in photo-i. He combined cascaded drivers with the second harmonic distortion trimmed to a minimum, followed by the famous 2A3. Read his 5-TS2016-report-Gilbert.pdf for more details. 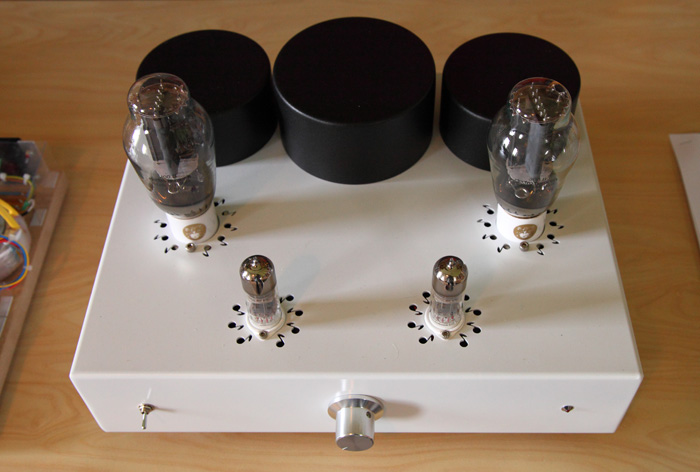 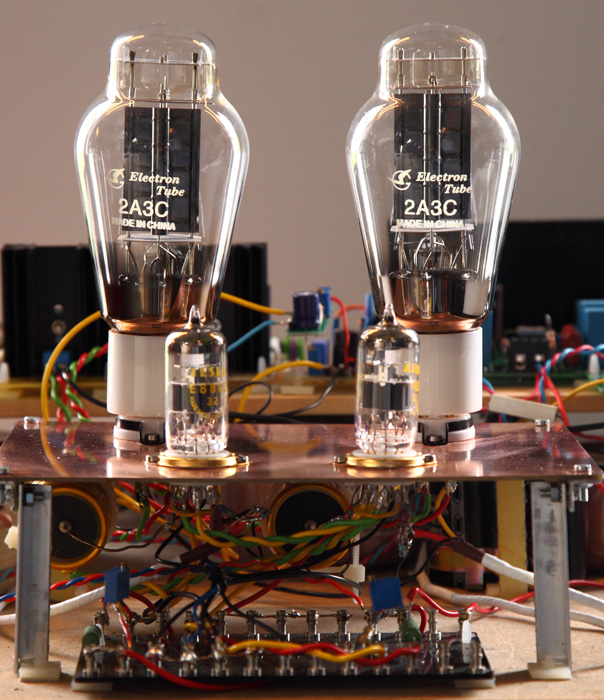 Erwin Reins finalized extremely close to Gilbert. The difference between their rankings was 0.1%. See his nice shining red case in photo-j and his 6-TS-2016-report-Erwin.pdf. The care and sound building practices of Erwin are striking. Every sub-circuit was placed on its own PCB. Besides that all: his sound quality was excellent, but numbers count, see photo k. 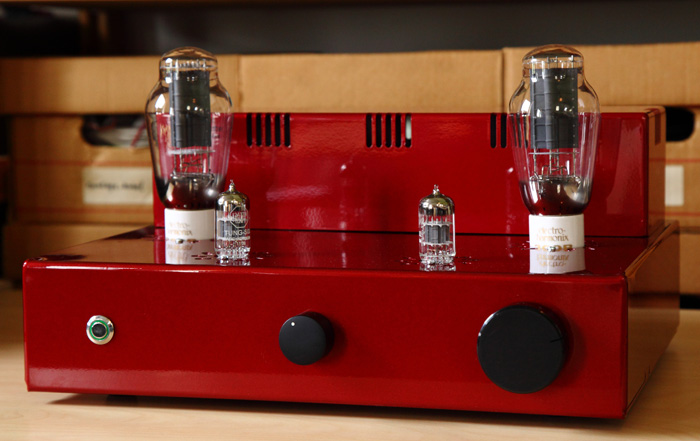 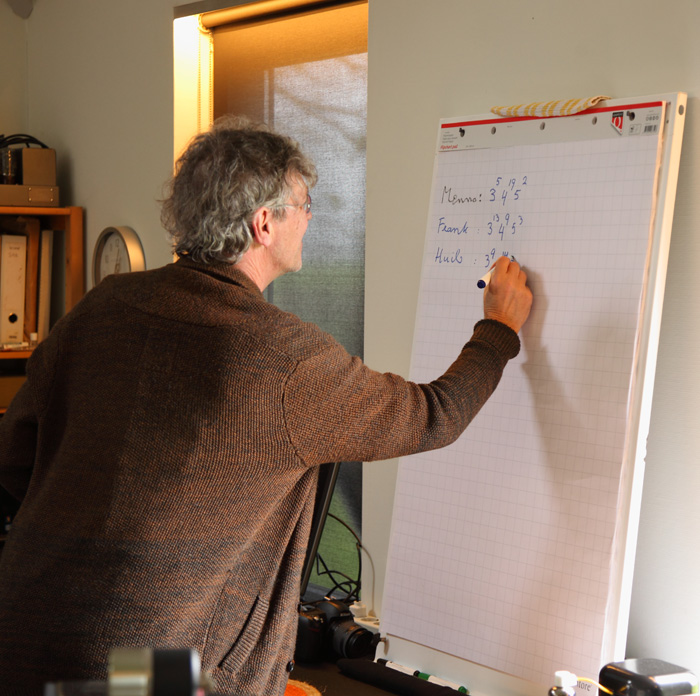 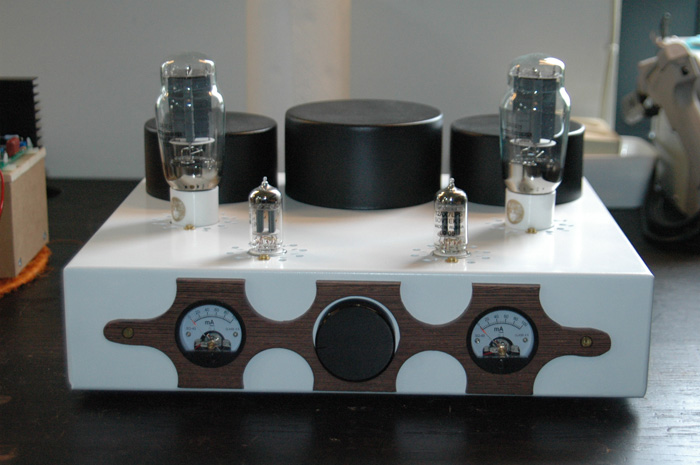 Last, but not least was Dennis Klompmaker. See the photos l and m and his 7-TS-2016-report-Dennis.pdf to become deeply impressed by his high level constructing quality. He applied the direct coupled Shishido circuitry with the 2A3 plus 12AX7 driver. This smart circuit, initially designed by Loftin-White created a warm embracing soundstage. 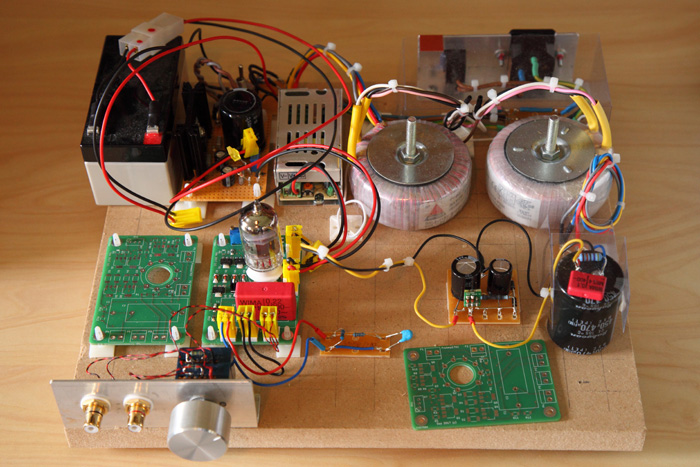 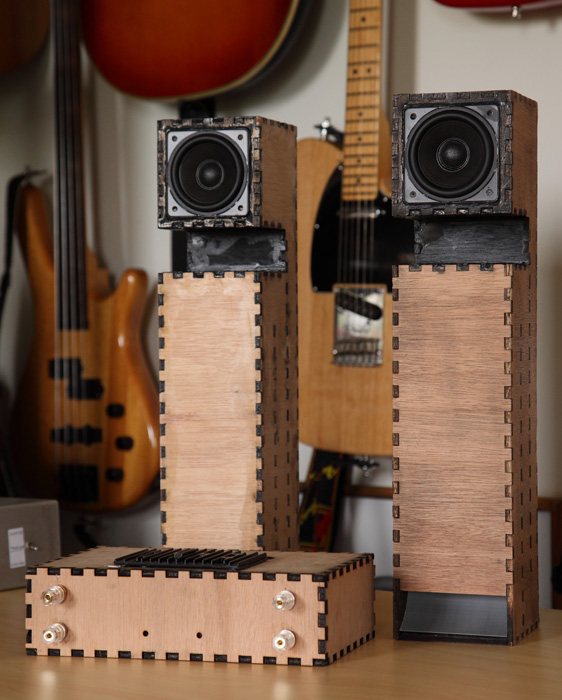 In general, see the Menno-report: I consider this project as our best TS-project ever. I deeply thank all the students for their fine contributions. Maybe all was too difficult, too challenging, but I am proud that we all came close to the holy grail of the magnificent sounding Triode-SE-amplifier!

One last remark: Sep Schiet showed the progress of his preamplifier project, see photo o. Again, very advanced, as well in design as in constructing practice. Also Aron Pieterse showed his progress on small loudspeakers (boom-boxes), powered by battery and wifi-driven. Is this the future for our youngsters? I think it is! In general: for me as teacher, it is very rewarding to see such high quality work. “Thank you all folks!”