Menno van der Veen & Guido Tent
The 2011 version of the Vanderveen Tentlabs Auto-bias module has drastically been improved. The new application note will be soon on our websites.

The 2011 version of the Vanderveen Tentlabs Auto-bias module has drastically been improved. The new application note will be soon on our websites. This article shortly describes the improvements and how to use them. 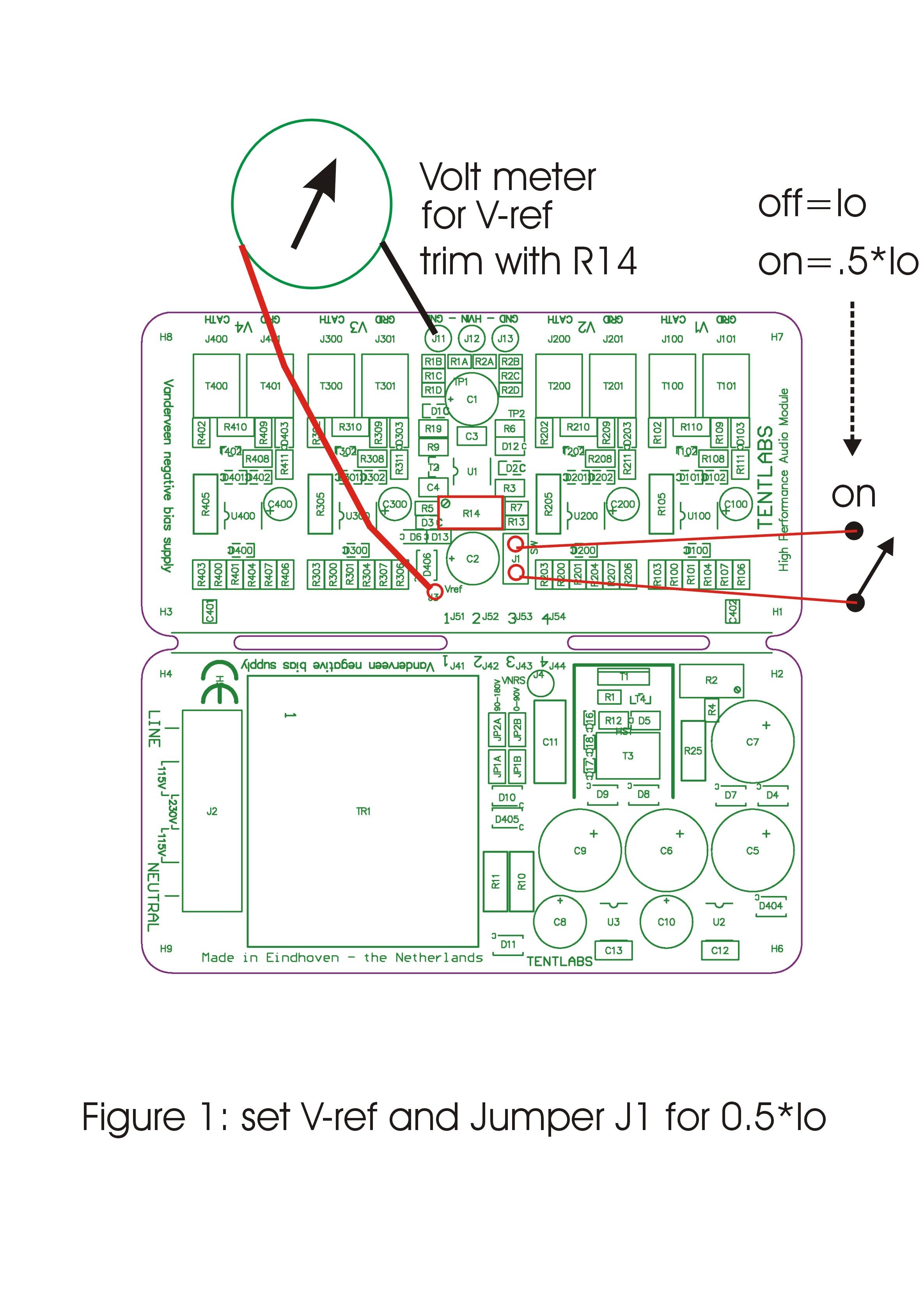 New is the jumper J1 with its two contact points. When these points are connected together by means of a switch, then automatically the quiescent current halves.

2. Quick start up by trimming V-bias
The original version of the auto-bias module had two jumpers to select the negative bias voltage range, selectable between 0-90 V and 90-180 V. The new module still
contains these two jumpers, but now we have created the possibility to trim V-bias close to the desired value.

The auto-bias module needs time to bring the bias voltage to its desired value. From 90 V to the 45 V of the example, takes much more time (some minutes) than going from 55 V to 45 V. From 55 to 45 takes say 15 seconds and you therefore don't have to wait that long before the amp is in range. Figure 2 shows where and how to measure V-bias and how to trim it to the desired value. 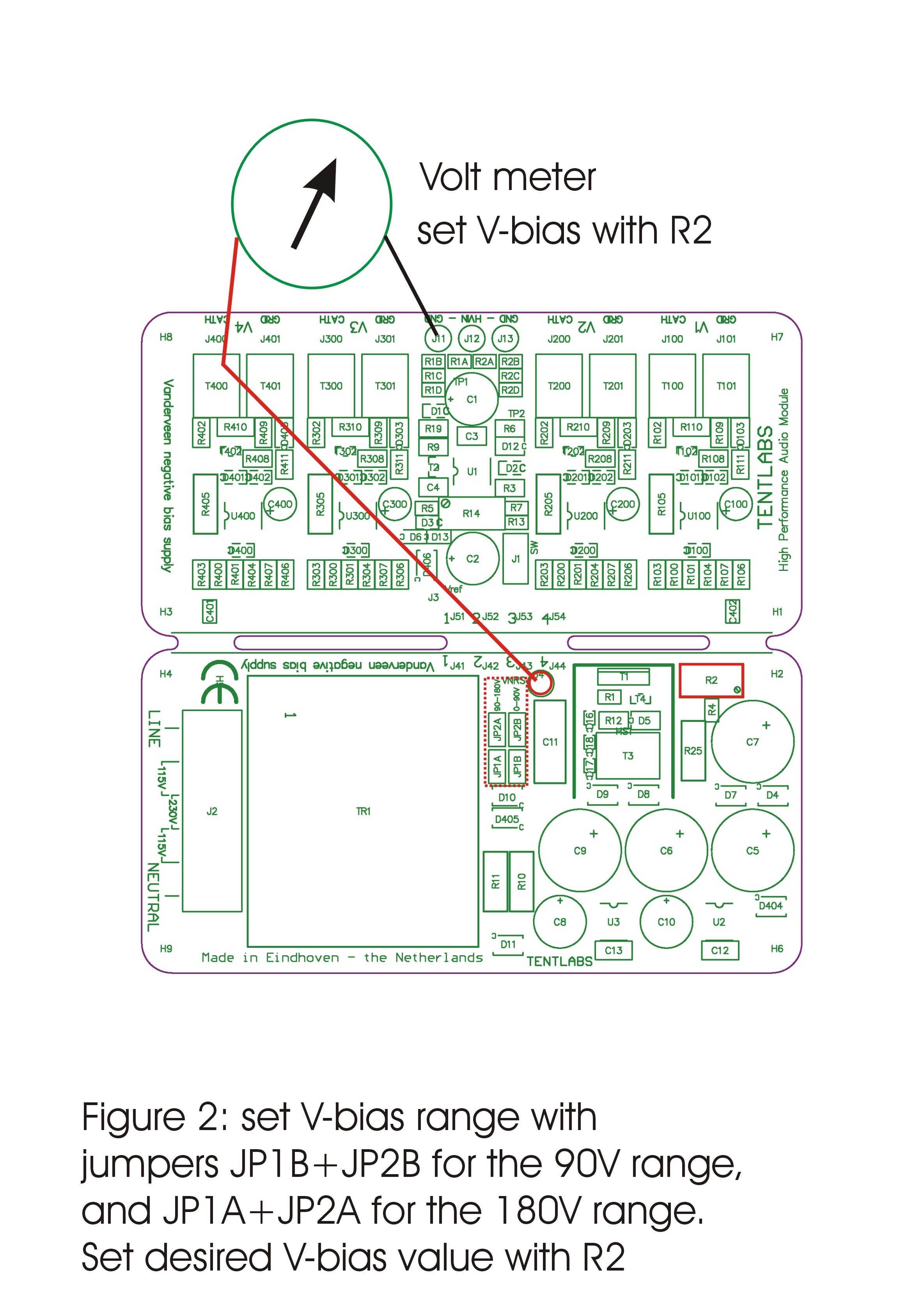 he general rule is: trim V-bias 10 V more than the voltage at the control grids without the auto-bias module. You can trim this with R2 and measure at J4.

The reason why is that under certain conditions the overall negative feedback time behavior of the amp plus the reaction time of the auto-bias module could create a very low frequency oscillation, like a kind of motor boating. You shall not hear this effect, but it causes the quiescent currents to swing around their desired value, and this is something we don't appreciate at all. By making the in-range reaction time larger, we have prevented this situation.

4. Step by step implementation
1) Before applying the new module, first measure the negative voltage at the control grids of the existing amplifier, or the voltage over the cathode resistor with its capacitor in parallel. We for now call this voltage V-neg. (for instance V-neg = 38 V). On the power section of the auto-bias PCB, set the jumpers JP1B+JP2B to the V-bias voltage range 0-90 V. Suppose you have a V-neg larger than 90 V, then place the jumpers JP1A+JP2A in the 90-180 V range.

2) Implement the auto-bias module as described in the application manual.

5) Switch the amp at "on", the high voltage should also be switched on. Now the auto-bias module totally takes over and automatically brings the amp to its desired quiescent current level and keeps it constant, during silence and music.

Click here to go to the original autobias page.