Modern Tubes in the UL40-S2 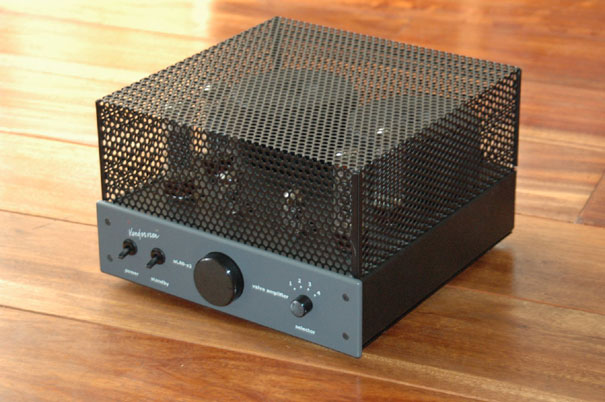 It is already several years ago that I designed the UL40-S2 tube-amplifier. In those days tubes were easy to get. I used NOS-EL34’s from Philips and later from Svetlana (with gold-control-grid). Abundant tubes were available, because of their application in quality guitar amplifiers.

Now the situation has changed a little bit. Svetlana ceased production. I also received many requests from customers to apply other tubes like 6550 or KT88. In the last years we saw the birth of new tubes from Tung-Sol, like the KT120 en very recently the KT150. I tried all these tubes in the UL40-S2, and they performed fine. Only the KT88 sometimes showed a little tendency to oscillation, which I have described and solved. See an earlier report on my website.

To inform you all about the present situation, I performed a new test with 14 types/brands. I plugged these tubes into the original UL40-S2. I measured the quiescent current I0, the anode plus grid-2 dissipation Pa+g2 and the distortion of a 1 kHz sine at a level of 1 Watt into a 4 Ohm load. I also calculated the class-A power range (both tubes are working). To my satisfaction all tubes operated in this class-A almost to the maximum output power Pout,max = 25 W. All tubes settled themselves to a working point below their maximum dissipation Pa,max. The tube with the lowest THD gets the highest ranking. See the results of my test in the following list.

The absolute winner is the KT77. This tube looks like the EL34 and LL34 tubes. They all show a quiescent current of about 60 mA, well within the original design range. No changes in the UL40-S2 design are needed for, it all is totally correct. I find the low distortion of the KT77 remarkable and very noticeable. See in this regard also my SE-amplifier research where I indicate the importance of low 2-nd harmonic distortion for the clear perception of space and details: TS2016-report-Menno.pdf. I there also explain why it is important to measure harmonic distortions at 1 Watt output level.

All other tubes have higher quiescent currents ranging from 70 mA to 82 mA. For these tubes I advise a small change in the schematics of the UL40-S2. The cathode resistor R17 = 220 Ohm is standard a 5 W type. It is better to change it into a 7 Watt type. The cathode decoupling capacitor C6 is standard 1000uF/40V . As result of the larger quiescent currents the 40V voltage headroom becomes rather small. I advise to change C6 into a 1000uF/63V type to create abundant headroom. Ask Amplimo (www.ringkerntrafo.nl) for the availability of R17 and C6 and most of the tubes in my test-list.

With many thanks to Jack van Brederode (TubeSociety student) who informed my about the good qualities of the KT77.